when I was 15 years old, I had a small job in the school holidays. It was actually in a brewery. I had to put stickers to barrels of beer. Anyway, later we went to Italy for two weeks. There was a train shop in Venezia and exactly this Amtrak Train was the first Lima train I´ve bought from the first money I´ve earned by myself. A few years later I sold it to a friend.

Meanwhile I have these models again. Thanks for showing us these nice models!

Hello everyone, I take the liberty to awaken this thread on Lima's Amtrak model. A little bit of research reveals truly interesting stuff for Lima afficionados.

First, the check with the Lima Santa Fe model, both built around the same time between 1973-1986 by Lima. Both are also 2 of about 3 US diesel locomotives that Lima built with a dummy.

Lima decided to use the EMD FP45 locomotive for the Amtrak version (order # 208075) that it had already in place for the Santa Fe (order # 208071), just changing the colors and logo without additional modifications. Amtrak's first newly built locomotive was not the EMD FP45 diesel used by Santa Fe (built by GM in the late 60s), but the SDP40F diesel built by GM in the early 70s. So the Lima replica is the model that Amtrak used in it's early years. Apparently, there were technical Problems with the FP45. Not so with the Lima model, a very sturdy, strong locmotive that makes an excellent appearance on many layouts.

As we can see there are differences to the Lima model, and I think they may be related to the difference between the FP45 and the SDP40F.
There is no front fence. There's no round backdoor window. The Amtrak logo is larger. On the model, the door handles and the extended ladder are missing, but that's ok and I think was not practical for the model either for manoeverability of the wheels. Also, Lima did not insert the loco number on the front, but these are all in my view minor issues. Overall, an excellent replica: 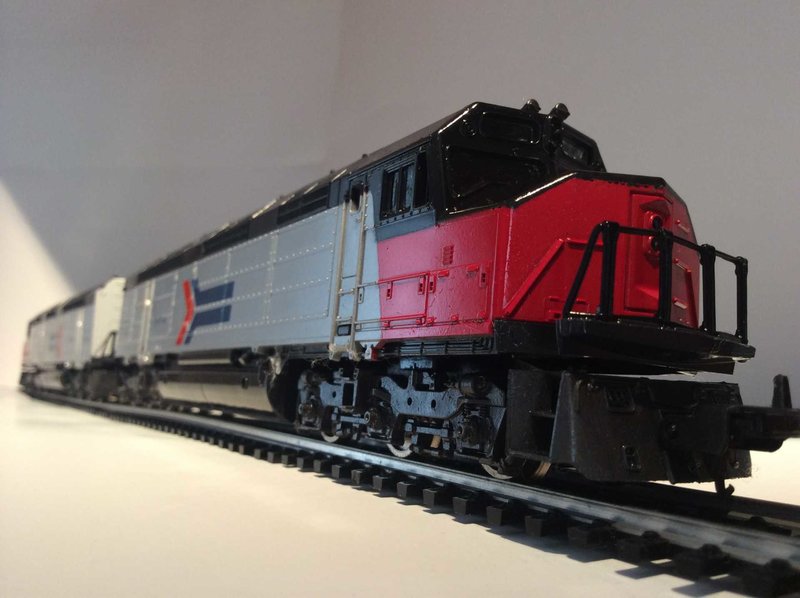 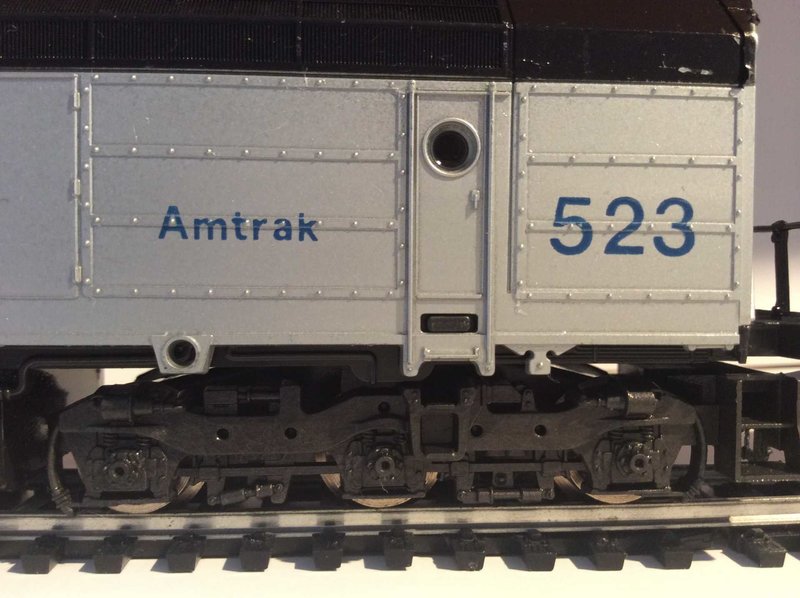 And here one more comparison of the real Amtrak with the Lima model:
http://ogrforum.ogaugerr.com/topic/pics-...0f-aka-the-fp45

And here I put the Santa Fe before the Amtrak coaches (for lack of a better alternative within the Lima range of products in Europe). I have no clue if this combination ever circulated like this. Does anyone know? 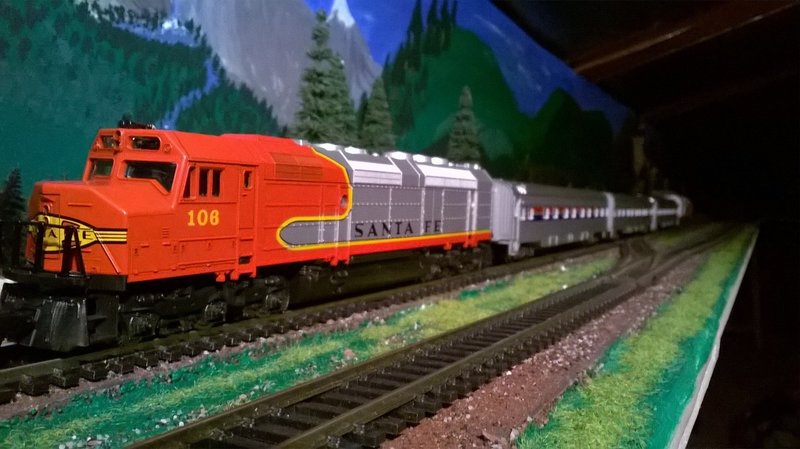 Let me know what you think on this reality check!
cheers from Switzerland

Perhaps as an add on, here's the reality check of the Amtrak coach that Lima produced also for the European market. Sadly, the other US coaches produced by Lima were not sold in Europe and are very difficult to find: 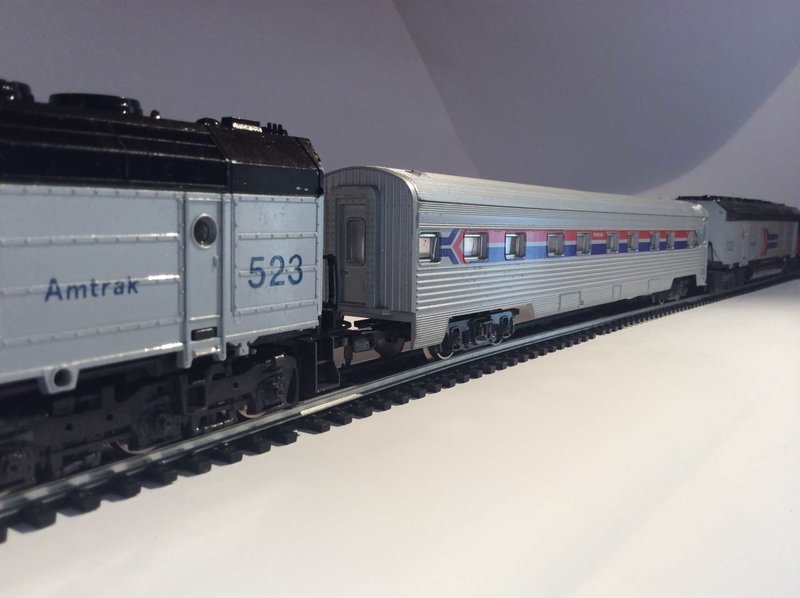 And this is the Lima Amtrak coach order # 303600, there were other Diner and Sleeper versions that you will find in Martin's Website : 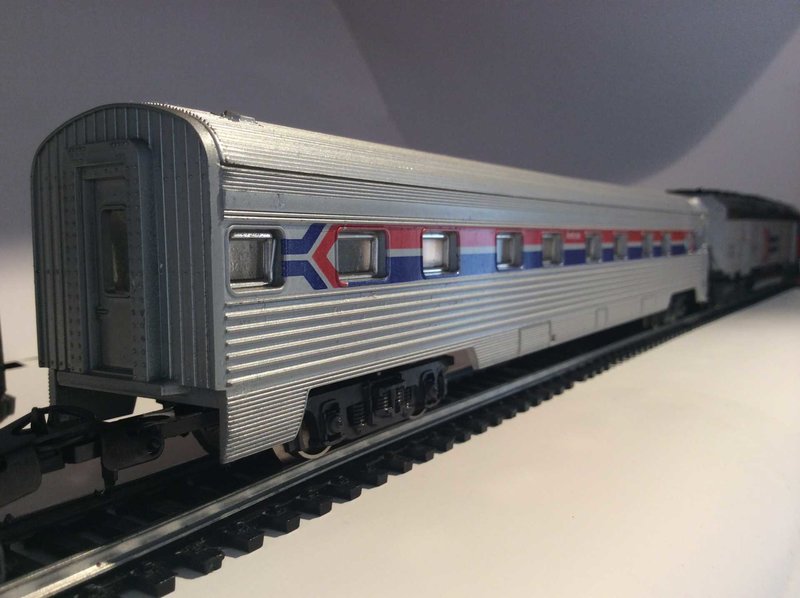